The Coolest Things I Saw at CEDIA

Have you ever obsessed about that piece of tech that you just “need” to have, but you know that it’s not quite in the budget? Or that your wife (or significant other) would never approve the purchase? Well, welcome to my world. Even though I fascinate about a state-of-the-art home theater room in my basement, it’s just not quite in the cards...yet. But that doesn’t mean I couldn’t window shop!

The following products caught my eye immediately at the CEDIA Expo (the leading home technology trade show)—and I’m sure I’ll continue to obsess about them for days to come.

First, let’s talk about the projector. Normally, the projector you’d buy would need to be mounted in the ceiling of your home theater room. But not the new Sony VPLGTZ1 projector.  Not only is it 4K compatible (which is already cool), it doesn’t look like a piece of equipment. In fact, it blends seamlessly into basically any home theater decor. That’s what I love about it—and that’s certainly what would be the selling point for my wife, if I ever have the chance to trick her into letting me buy one. There are a lot of 4K projectors out there, but this one definitely takes the cake.

Any good projector needs a good projection screen, and this one took my breath away—literally. It is made by a company called Stewart Film Screen. This picture does not give the screen any justice, but you can believe me when I say that, after viewing it in person, I thought it was the biggest plasma TV I had ever seen. The blacks were really black. It was also a rear projection screen, meaning the projector was behind the screen. Hopefully, someone from the company reads this post and can send me one for testing. ;-)

Last but not least, what is a great home theater setup without some killer speakers? McIntosh speakers deliver amazing, hands down incredible sound quality. The Westchester III system is not only beautiful and classy, but also appealing to tech-junkies as well. The sound literally sucks you in, like no commercial movie theater will ever be able to do. 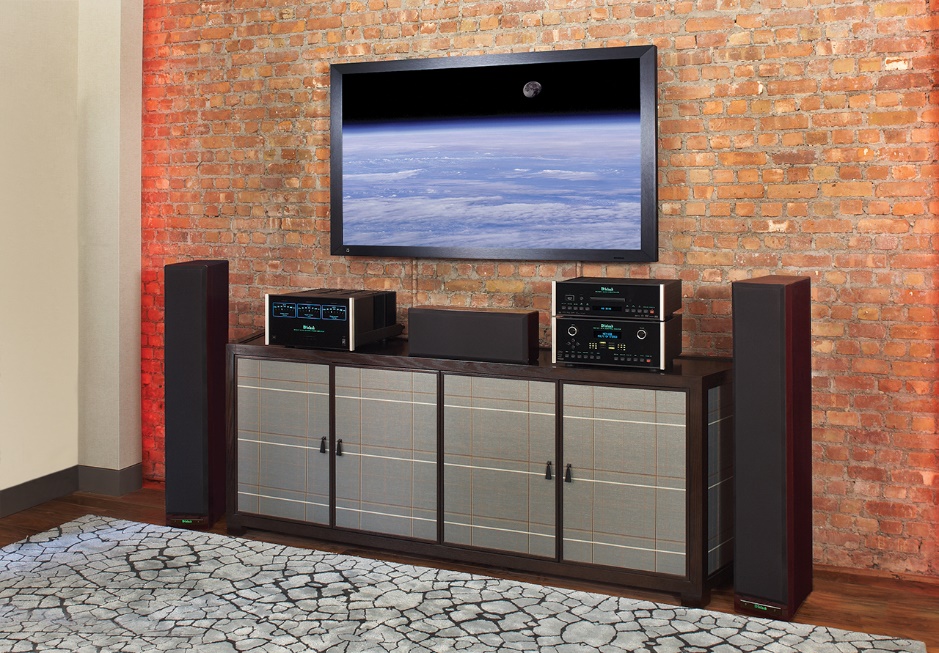 By the way, this system includes the amplifier, receiver and speakers, for an immersive 7.1 surround sound experience.

Maybe this time next year I’ll make my home theater dream a reality with these crazy-cool products (ha! highly unlikely). But then again, who knows what NEXT year’s CEDIA will have in store!
Tags: cedia 2014 home technology home theater
Category COMPANY
Previous
Next